About a month ago, I was headed home after a long day of work and class. I usually carry my phone as I’m walking because I’m usually listening to music or checking text messages. You should know right off that I was wearing a skirt and heels. Not super high heels, but still fairly substantial ones. Seeing as I’m normally a flats-wearing girl, I was having some difficulty getting around with any degree of ease.

I have to head down some steps to get to my train home. I hate these steps when I’m in heels because they’re covered partway with steel–not all the way, just partway. Which is prime heel-catching design. On this night, as I descended the steps, phone in hand, the steel step caught my heel, and I started to fall. My adrenaline rushed, which led to me to reaching out to grab the railing so I wouldn’t end up as a broken heap at the bottom of the steps. This was, naturally, the hand holding my phone. My phone fell with a crash.

Fortunately, at this particular moment, no one else was going up or down these steps. This gave me a moment to regain my composure. And then I realized what happened: my phone had come out of its case and was on the steps on the other side of the railing. In the dirt and grime.

Given my contamination fears, the subway, especially steps, is one of my worst nightmares. Thousands of people walk those steps every day. Those people could have stepped in anything. After all, NYC is a place where people will pee on the sidewalk, and sometimes the train smells like poo. Dirty people sleep on trains or spend the day sitting on the steps. Bird poop is everywhere outside. Not to mention grime from all the other rodents. And I know that most of those people are not careful like I am. They don’t watch where they walk to avoid the gross stuff. They just walk. So if I touch the ground, there’s no telling how many germs I’m touching.

Which all leads to why, when I realized my phone had fallen, that I lost all sense that I had just saved myself from a nasty fall and was overcome with immense fear. I was all alone. I couldn’t avoid picking up my phone, because hello, it’s an iPhone. You can’t leave that behind, no matter how terrified you are. So I made my way to the other side of the railing, heart racing, dread setting in. I was not ready for this level of exposure yet.

Just my luck, as I crossed over, people started coming up the steps. Luckily, the first few watched their steps and noticed my phone. But of course they made no move to pick it up for me. Thanks for the forced exposure, universe. I had to yell at one guy so he wouldn’t step on it. After that, people sort of realized what was going on and used the other side of the steps. Now I had to pick up the phone.

When I bent over, I noticed every filthy thing: every bit of stuck-in-the-steel grime, a discarded used Band-Aid, and everything else my mind could imagine. I almost started to cry right there, but I knew I needed to get off the steps. I picked it up and walked down to board the train.

I knew I couldn’t put my phone in my purse. Then it would contaminate everything else. So I sat on the train forcing back tears, shaking with the fear of the germs I held in my hand. I held my phone the whole way home. All I could think about was how germy my hands were and how much I feared that. I wouldn’t be able to get my keys out or touch anything. I felt paralyzed. I wouldn’t get home without help.

My husband was at the laundromat. I texted him and asked if the laundromat had soap and water. In my panicked state, not even sanitizer would cut it for my hands. I knew he’d have sanitizing wipes because we use them to clean out our hampers before putting the clean clothes in. He said yes, so I told him I would meet him there. When I arrived, he immediately took my phone to sanitize it, and I washed my hands. I headed home after, still shaky and upset from the whole business.

Cut to today. For almost three weeks, I have not used hand sanitizer, and I have been forcing myself to expose myself to “dirty” things, like my shoes and doorknobs. It has drastically changed my life, though I didn’t realize how much until today.

This morning, I was carrying a lot of stuff to work. I had my laptop in my briefcase, which was super heavy, plus my purse. I usually keep my phone in my purse with my headphone cord coming out of it because it keeps me from having to juggle too many things. So I had my headphones in, phone in purse as I was exiting the train. Somehow my arm hit the cord wrong, and the cord pulled the phone out of my purse. Even though the phone is pretty light, it was too heavy for the cord and fell to the floor of the train. Fortunately, I had time to grab it and get off the train before the doors closed.

Here’s the amazing thing: when I picked the phone up, I didn’t panic. I just picked it up and walked off the train. After getting a few steps, some obsessive thoughts did start to creep in, and a bit of the familiar anxiety threatened me. But it wasn’t as strong as it had been before. I was able to keep going without shaking, without crying, without my heart racing.

After I got to my desk, I did go wash my hands, but I only washed once. I could not sanitize my phone because I had no wipes. And my therapist had told me at some point I would have to just drop things and pick them up without cleaning them. I would have to put these items in my purse and touch all the things I wanted to be clean with the contaminated item. This is the point of exposure and response prevention (ERP). I’d been able to do it at home, which is still sort of a safe environment in my mind, but I didn’t expect myself to be able to do it in public places.

I used my phone all day without sanitizing it. I ate my lunch after touching my phone, without washing my hands or using hand sanitizer. I didn’t sit at my desk thinking only about my fears of contamination; I focused on work. When I got home tonight, it was a challenge to not go ahead and sanitize my phone. In the past, I would have done that because I could and I would want to be on the safe side. But I didn’t tonight. I felt I’d already made it this far, so I should keep going. And I’ve felt remarkably calm about it all.

I’ve still experienced waves of anxiety throughout the day. I know I’m supposed to; my therapist has reminded me that it’s important I feel the anxiety but let it subside so my brain starts to learn that things will be okay. The more I expose myself to the anxiety and avoid engaging in my compulsive responses, the better I’ll get. But the anxiety is not as powerful as it once was. Today I really started to see how much progress I’ve made. I know I wasn’t using sanitizer and that was a big deal, but I somehow didn’t get how much it had really started to change everything. Now I know.

It is amazing to be able to drop something and not be paralyzed by fear. It is amazing to touch things and not feel like I desperately need to clean myself. It is incredible to keep moving, that one instance does not destroy my whole day. That I can keep going as though nothing happened. I’m so happy about this that I’m almost crying. Even last weekend, I was still having trouble dealing with contamination fears. But today was a breakthrough. I honestly don’t know the last time in my life when I was able to drop something on the ground and touch it without anxiety. It might have been high school. Possibly early undergrad years. I graduated high school nine years ago. That’s a long time to be living with such a high level of anxiety.

And I’m finally breaking free. I’m starting to see how beautiful life is when risk is embraced, when not every moment has to be defined by careful measures to avoid risk. I’m starting to feel like a normal human, and it’s the best feeling. 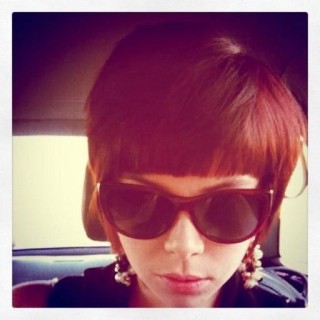